According to the UNESCO Institute for Statistics, less than 30% of the world’s researchers are women. Gender matters in research, however, both in terms of considering it as a topic and in female representation in science. This has been discussed in a long history of feminist critique of science. Donna Haraway has shown in her 1989 Primate Visions how primatology was shaped by gendered practices and assumptions – and how women made an important contribution to the discipline. Londa Schiebinger showed in her 1989 analysis of the history of the scientific search for sexual differences how anatomic depictions of the female and male skeleton are gendered through societal values and expectations. 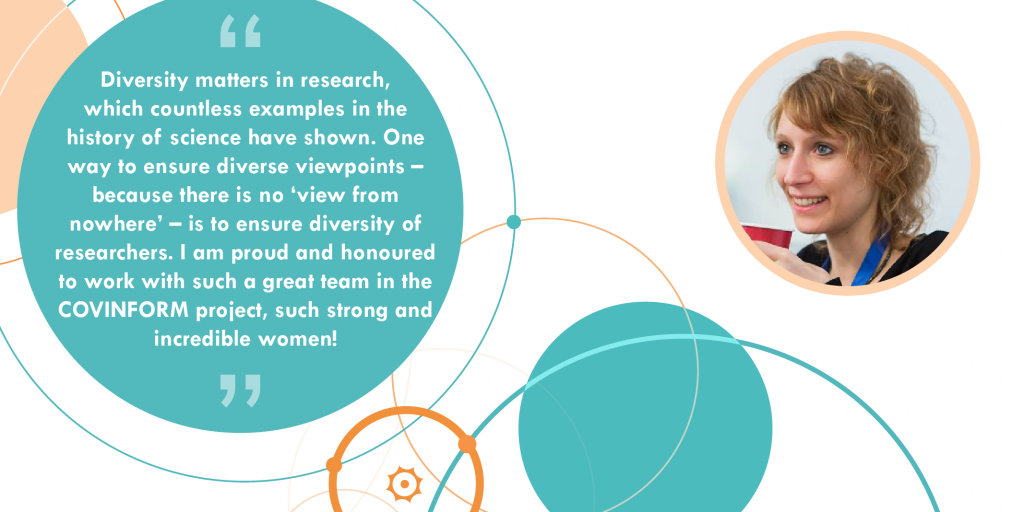 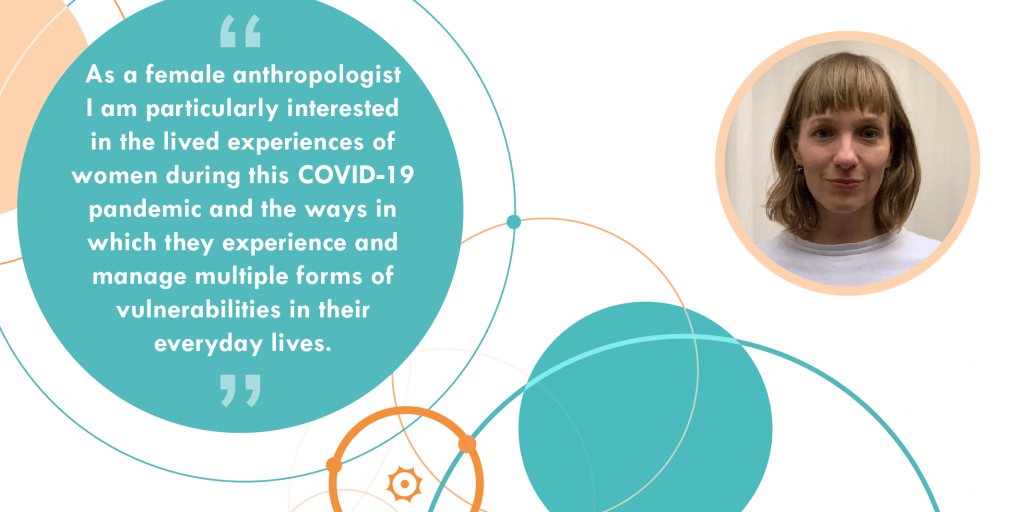 The COVINFORM project analyses the (intersecting) vulnerabilities that may have been caused or reinforced by the pandemic and the responses to stop it. As such, gender is one of the key categories we analyse, and we tackle it on the level of research questions, case study selection, sampling, etc. 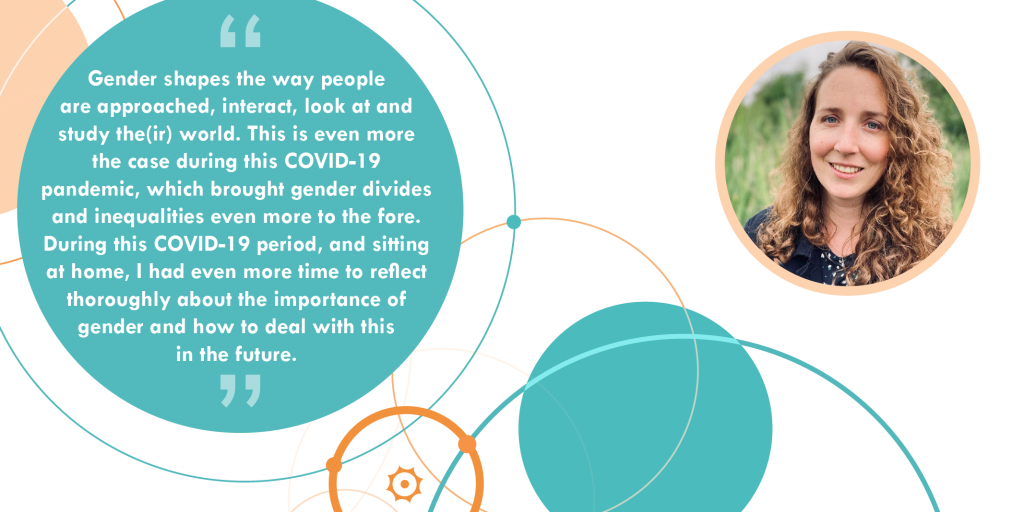 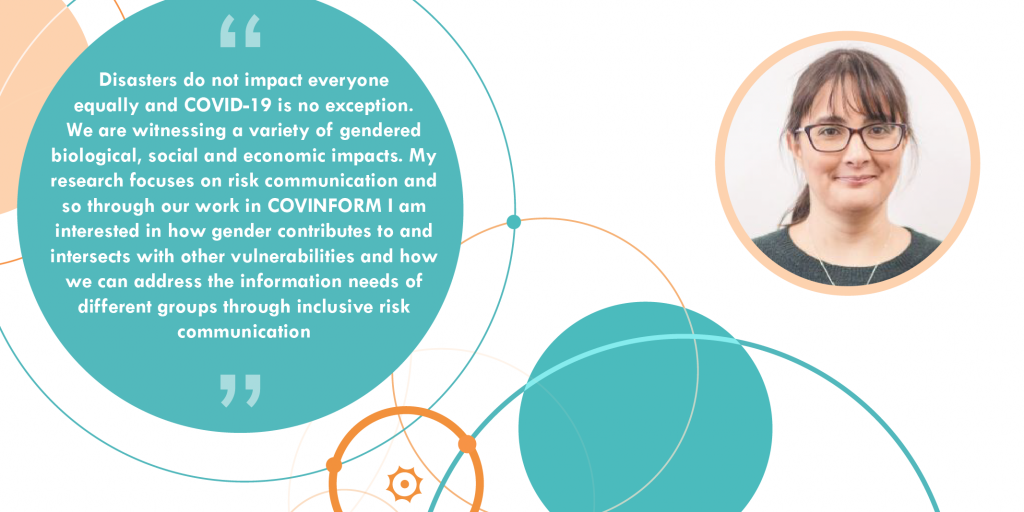 Importantly, COVINFORM goes beyond simple comparisons between men and women and dives deeper into which individuals are disproportionately affected by the COVID-19 crisis. It looks at the intersecting nature of factors that lead to inequalities. 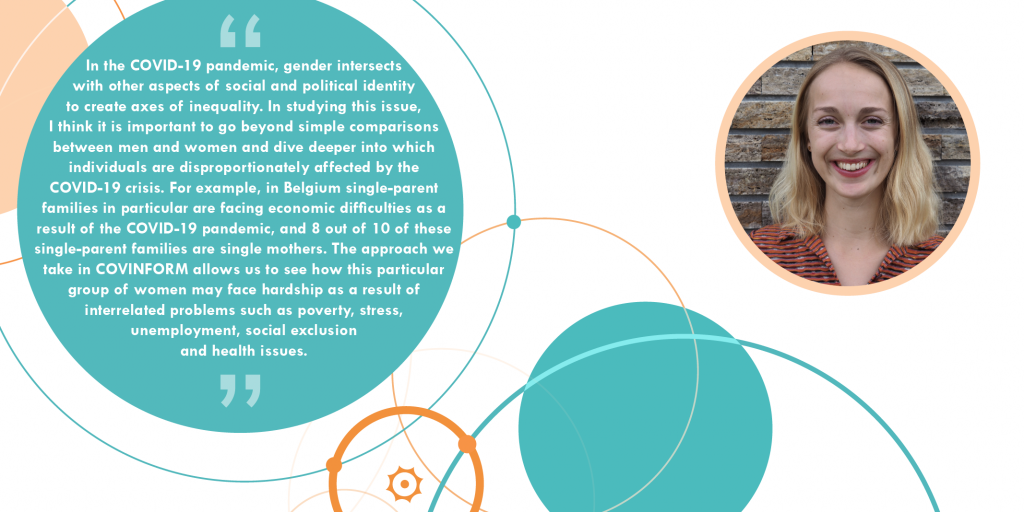 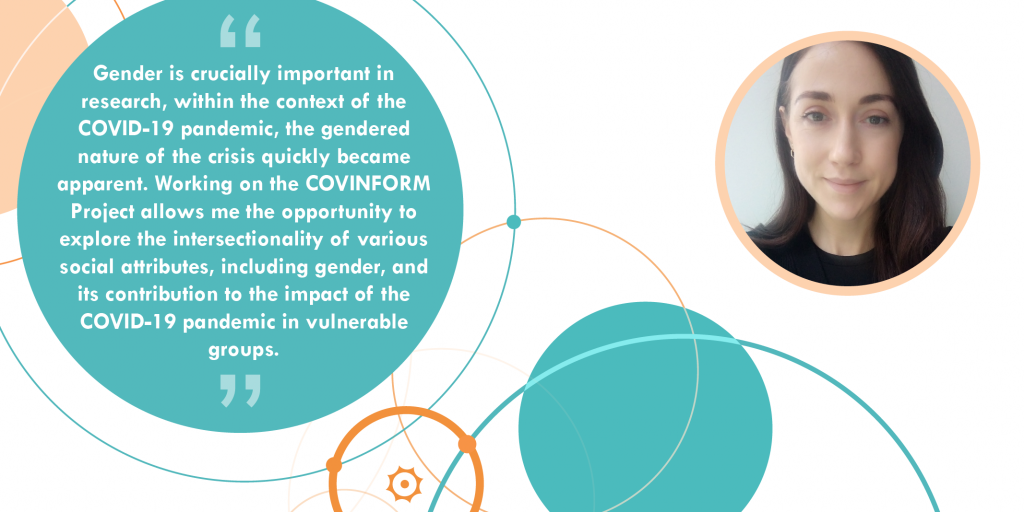 Another aspect to consider in our project is the so-called ‘entitlement gap’, which describes that women feel less entitled to promotions or increased pay in the workplace. In the same study, 40% of the female respondents reported that their career had been set back or put on hold since the pandemic hit. COVINFORM analyses the socio-economic impacts of the COVID-19 pandemic. 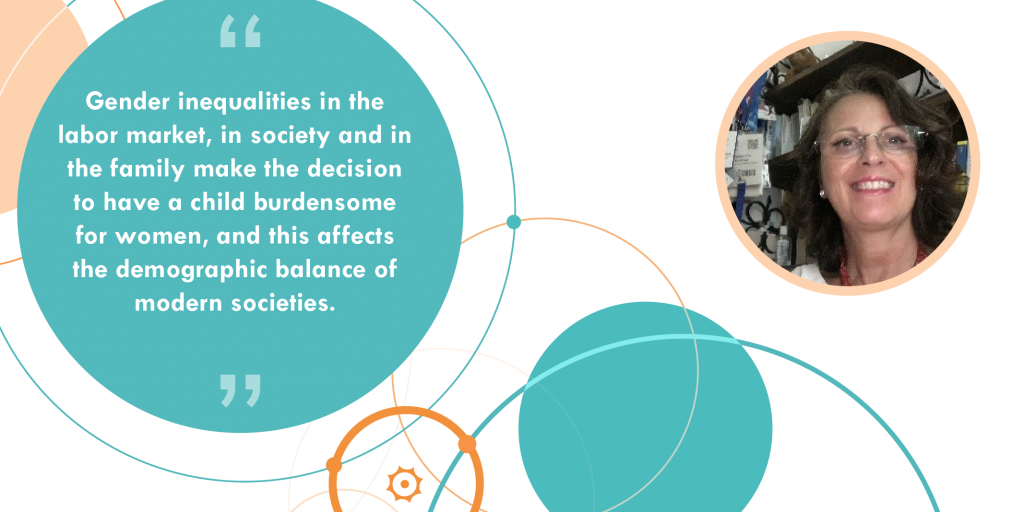 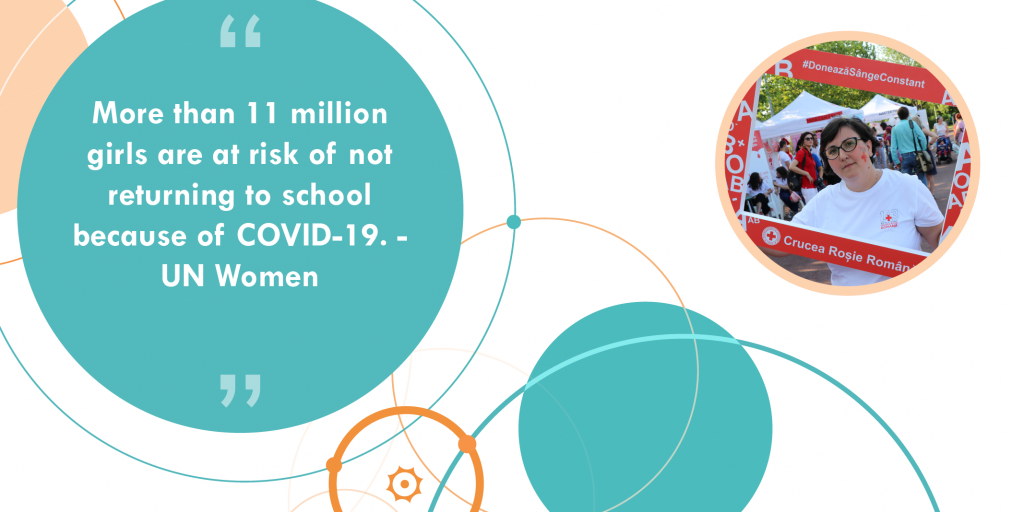 The project also wants to draw attention to the important contributions of women prior to and throughout the pandemic. 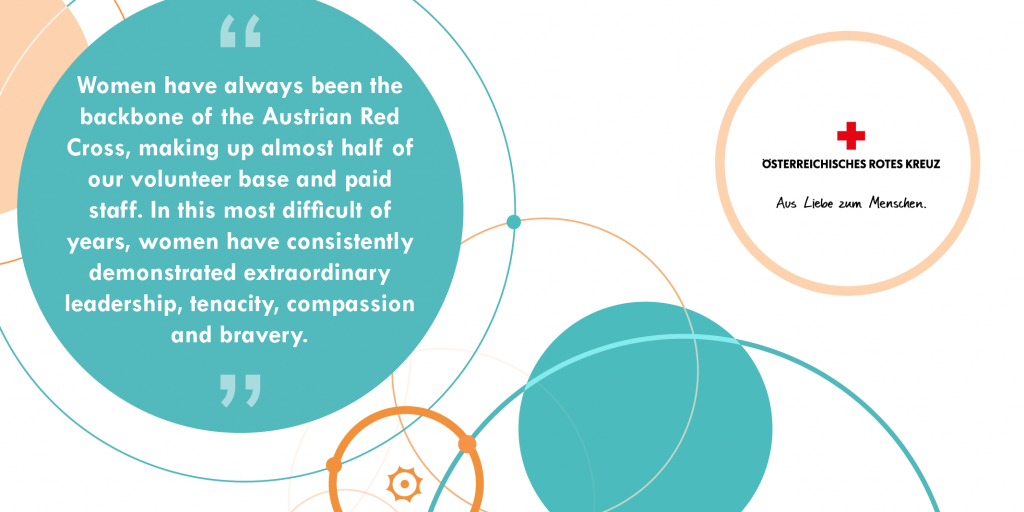 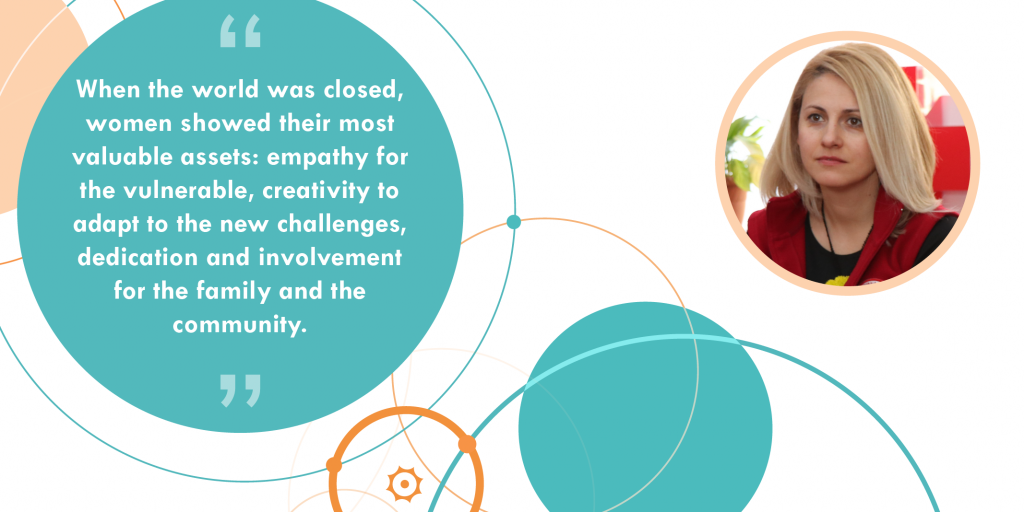 As part of the COVINFORM project, we analyse the vast amounts of data produced during the pandemic. In doing so, we appreciate the gendered nature of technology and the biases and assumptions that may underlie these data. 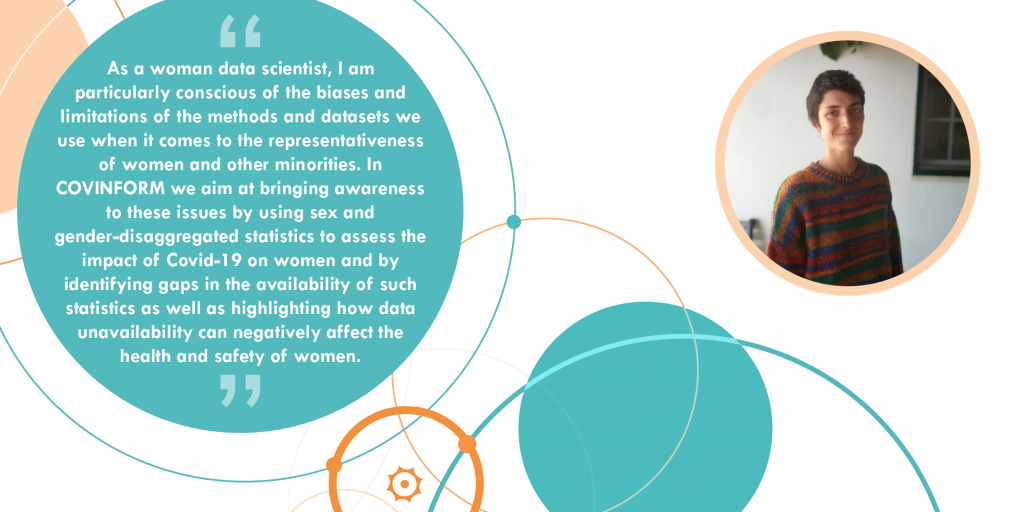 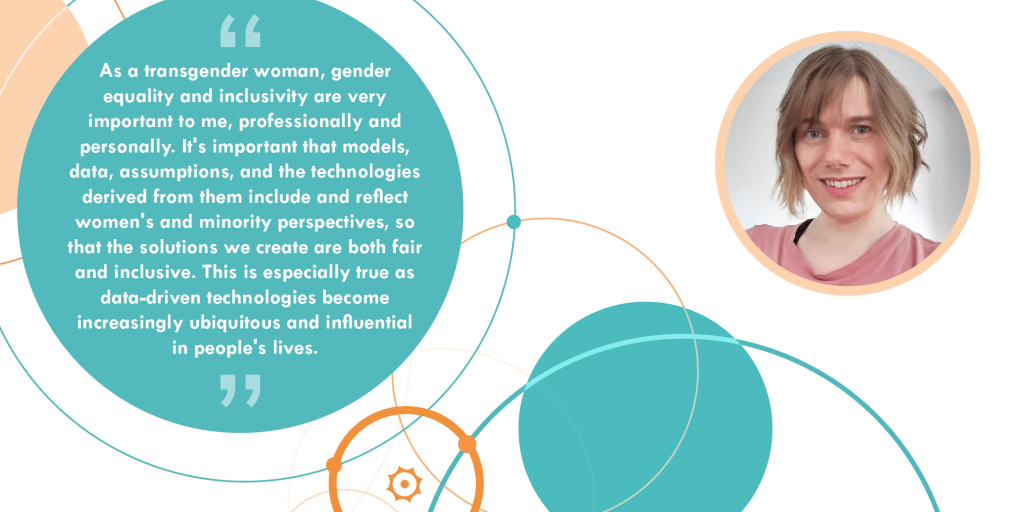 Today, we want to draw attention to the female researchers in the COVINFORM team and the important role they play in the project. Out of the nine work packages, seven are led by women. Thus, COVINFORM is fully committed to the European Commission’s gender equality strategy, promoting gender equality in research and innovation, and intends to contribute to increasing the number of women in science and technology. The female researchers of the project help COVINFORM to add a perspective that enriches understanding of gender inequalities. 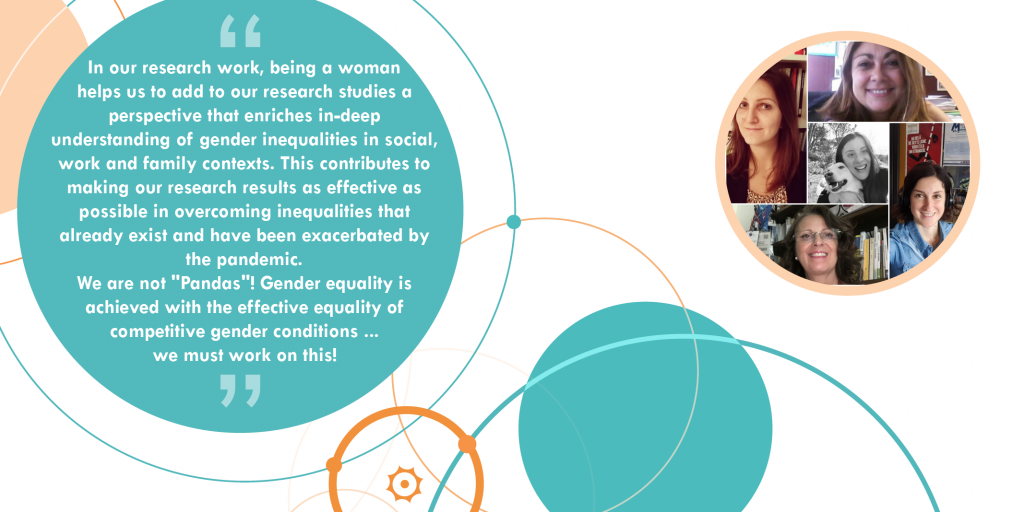 So at the International Women’s Day, COVINFORM celebrates its team of female researchers and the perspectives and experiences they bring into the project. 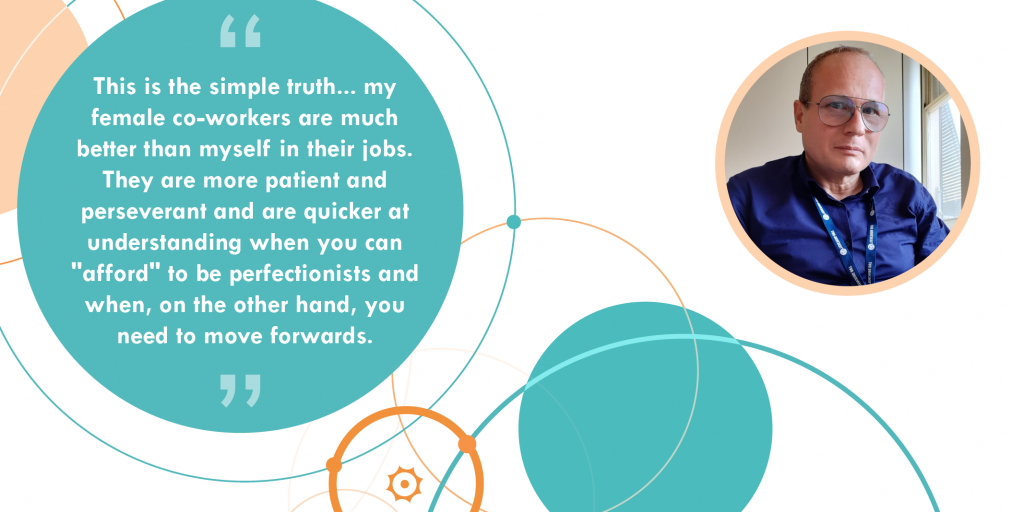 Schiebinger, L. (1991). The mind has no sex? Women in the origins of modern science. Harvard University Press.